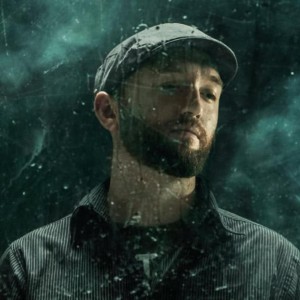 Going back to my roots, I get the honour & challenge of judging Studley High’s Musician Of The Year 2019…

My Music Journey And Where It All Started…

I’ve been active with music in some shape or form since 2002. After getting my first bass guitar, my best friend and I began writing songs and imitating (badly) our favorite punk rock idols of the early 00’s era. Hanging out in the music block after school and being involved with any music projects was always my favorite.

Since then, I’ve played in bands. Written, recorded, and released my own & others music. Toiled with live mixing consoles, load-ins, and sound checks. Studied the technical skills for music production and worked in studios. Set up my own music business and dived in at the deep end with learning, and becoming a part of, the music industry.

So, you could say I’ve been doing this awhile now.

I’ve also been given a couple of awards that I am proud of along the way. dAudio Music Group won “Graduate Startup Of The Year” in 2017 and before that, I was awarded “Musician Of The Year” when I graduated high school in 2004.

It was this award (and the teachers who pushed me to do music) that sowed the seeds for me to take my music seriously and pursue it as a career path.

Studley High music room circa 2003. WuD performing an early gig.

Giving Back And Supporting Upcoming Talent

I had the idea to contact my old school and write a blog about my past award and its influence on me a while ago. Yet, rather serendipitously, I came across a social media post asking for Alumni of Studley High School to get in touch.

After passing on my details, it began a conversation about how I could give something back to the place that started my music journey.

I was put in touch with Miss Gayle Bussey, the head of the music department at Studley High.

After meeting with Miss Bussey, we organised that I would provide some workshops for the current music students taking their exams. Giving the students a current perspective on the music industry and how to compose music to a specification was a fun and interesting experience.

I was also invited to be an adjudicator for the upcoming “Musician Of The Year” competition.

It was an honour to be held in such high esteem (Simon Cowell eat your heart out!) and was surreal to be back on a stage that I remember performing on myself only 15 years ago.

Studley High has an abundance of musical talent from its students of all ages and it was very difficult to judge. The list below was my choice for winners as well as a couple of highly commended performers.

You can watch some of the highlights, performances, and awards in the vlog below.

Alex Dudley is an award-winning entrepreneur, record producer, musician, software developer, inventor, husband and father to three kids with a passion for collaborating with other singer-songwriters.

Currently based in Hollywood, Birmingham. Alex has been involved in various aspects of the music industry for over 15 years.

He studied Sound Production at the University of Wolverhampton under the mentorship of renowned Birmingham engineer & producer Phil Savage. Alex later went on to obtain his Master’s degree in Audio Technology and founded dAudio Music Group in 2015.

Alex’s accolades include the Studley High School Musician of the Year in 2004 & dAudio Music Group winning the BAA Graduate Start-up of the Year award in 2017.

Want to discuss your next project with Alex? Book in for a quick chat now!